Any relationship breakdown is an emotional rollercoaster. Ending a marriage or getting a divorce is no exception. It is when you need an experienced solicitor and their team to guide you through the legal process.

Our Family Law team can help you to understand the:

Speaking to us from the outset means that we can help to:

The Family Law Protocol is a commitment to resolve a dispute in a non-confrontational and constructive way. The aim is to preserve the dignity of all those involved in a dispute and to encourage agreements.

“Irretrievable breakdown” – is the only acceptable ground for a divorce in the UK and you must have been married for a minimum of one year.

How do you prove the irretrievable breakdown of your marriage?

There are only 5 reasons that can be used to support an irretrievable breakdown of a marriage.

The divorce process is generally administrative. This means that you will not need to attend Court and it is usually agreed by a Judge via paperwork.

The document that starts the process is called a Divorce Petition and the law requires one spouse to petition the other even if you both agree that there should be a divorce.

The length of time your divorce is likely to take can vary depending on:

We can also advise:

What is a No Fault Divorce?

The aim of the No Fault Divorce is to enable you to end a marriage without the need to play the ‘blame game’. The Justice Secretary, MP Robert Buckland,  hopes that this will  “spare” families.
It is hoped that the new system will be launched in Autumn 2021.

What is the current divorce system?

The divorce system in England and Wales currently requires one spouse to start the process of filing for divorce. This means that either you or your spouse has to provide a reason for wanting a divorce. There are three reasons to choose from:

A fault-based system requires evidence of guilt from one party. If neither party is able to do so then you must live separately for two years so that the marriage can be dissolved. If one partner contests the divorce then it will be a minimum of five years before you’ll be considered eligible for divorce.

Separation-based arrangements are effectively unavailable to those who cannot afford to run two households before resolving their financial arrangements.

How will no-fault divorce change that?

Why does no-fault divorce matter?

From the Law Society gazette: 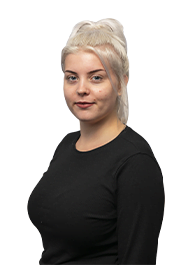